In addition to freelance creations such as street photography, sometimes taking pictures will also become a work task. Or help filming activities to earn pocket money, or tasks assigned by superiors. This situation is different from free creation. It will be subject to more restrictions, such as the location to move around, the requirements put forward by Party A, the time limit for film production company, etc. In addition, there may be more than one person taking pictures on the scene, and it may be necessary to grab the opportunity. The photographer will encounter greater pressure and challenges in a short period of time. If they are not skilled, the whole scene is very likely to be abandoned. Once I went to shoot a dance show with changing lighting, I didn’t check the exposure in the first half of the shoot. Fortunately, I checked the photos halfway through, only to find that there was a serious problem with the exposure in the first half, so I quickly made up for it.

If the venue is more complex and the activities are more important, it is best to step on it in advance. Take a look at the environment, entrances, exits, passages, lighting, and know the route of important guests. It is better to confirm the venue again after the venue is arranged. Especially in multi-layer venues, such as gymnasiums, it is necessary to be familiar with which way to go to different heights is faster, so that you can get more choices of camera positions.

Be sure to get a schedule for the entire event to identify key shots and highlights. Consider the position of the site at different times based on the site conditions you see.

After confirming the venue and process, imagine yourself on the scene, the event has started, imagine where you are standing, and what will happen in the four directions. When thinking about the photo you need to take, think about where you want to stand to get that picture, and whether there is anything in the way of standing, such as being blocked by something. For example, if you need to shoot the audience from a high angle, you have to check in advance whether there is a higher platform or chair, or bring your own small stairs (I sometimes use a monopod to raise the position of the camera, and shoot blindly). If you need to take photos with longer exposure times, you will also need to bring a tripod.

4. The night before the shoot

The night before the shooting, we have to complete the whole process of brain supplementation activities again to check for deficiencies and fill omissions. Empty the memory card, charge the battery, and confirm the lens to carry.

5. What to wear and carry

The clothes are mainly simple, try not to wear skirts or more elegant clothes that are easy to hook or trip people, and the shoelaces should be tied tightly. Girls are advised to tie their hair well and not let it loose. Especially in some occasions where there are many people, it is dangerous to have loose hair.

If you want to bring a bag, preferably a backpack. I once carried a single shoulder bag to take pictures, but I always swayed and hit my thigh, and it was inconvenient to squat. When you go to the photo spot, find a place to store the things you don’t need to carry with you.

The day of shooting

1. Although adequate preparations have been made, it is still necessary to arrive at the venue half an hour earlier. Check the SD card and battery condition again before going out.

After arriving at the scene, familiarize yourself with the scene, because the scene may have changed since the last time. Get acquainted with the phenomenon staff, especially the staff in the control field after the event, and communicate where you can walk and where you can’t go, so as to avoid unpleasantness at the beginning of the event and affect the shooting.

2. The important ability (and also the basic ability) required for shooting activities is the ability to quickly adjust parameters and quickly compose pictures. These require more practice in daily life and can also be improved through more shooting activities.

3. After shooting the basic model, play it again.
Don’t play some creative shooting methods from the beginning, make sure you have the necessary pictures before you play. Before the opening of the event, if necessary, you can take pictures of the environment layout first, so as to avoid crowds when the event is about to start.

4. Regularly check photos during shooting.
Don’t go all the way through without checking the photo, and don’t check it frequently or for too long. Depending on the situation on the spot, it is necessary to check the situation in time, especially when the lighting changes are fast and obvious.

5. Don’t stand in the same place the whole time, and change the camera position in time according to the content. Otherwise your photos will be monotonous.

6. Make yourself a smooth-swimming fish.
Take small steps and use your body flexibly. Sometimes squat down, sometimes step foot, and smoothly pass when encountering obstacles. When encountering a lot of people, especially when there are many cameras, shooting will encounter a lot of resistance, especially when encountering a big cameraman with a lot of people, people generally will not give you a seat, or even give you a special place. “Borrowed”, so you have to flexibly drill the seam to reach the position you want. Make yourself the first row opposite the protagonist (but don’t get too close), with a wide angle, this is generally a better camera position. If you really can’t squeeze into the crowd, you can also exit to the rear high side for recording.

7. The rhythm of the shoot.
Sometimes I feel that taking pictures is like dancing, and it also requires a certain sense of rhythm. Your rhythm changes according to the actions of the protagonist. For example, many people like to take pictures of jumping up, how to capture this moment? Continuous event shooting hong kong is indeed a more common and safer practice. But I prefer to take just one shot.

Normally, I only need to press the shutter once to capture that moment. By practicing such skills, you can better capture the decisive moment:

First, you need to feel the time difference from the moment your hand presses the shutter to the moment the camera freezes. When the shutter speed is relatively slow, you can hear two sounds of “pea” and “click”, which is the process of raising and falling of the reflector, and it is also the time for the camera to freeze the picture. As long as the picture to be captured appears between the two sounds of “bean” and “da”, it can be captured (of course, the interval between these two sounds cannot be prolonged deliberately, otherwise it should be blurred…). After controlling your camera, you must grasp the rhythm of the subject. It is as small as when the opponent closes his mouth (the face with an open mouth is often unsightly), when he takes a step and walks, and when the opponent does something on the stage (for example, press the launch ball to announce the start of the event).

1. Develop a good habit of producing films in time.

Activities generally attach great importance to timeliness, carry a computer with you, and can quickly release the film after the event. Timely backups also reduce the risk of losing cards or photos.
The premise of releasing the film in time is to try to think of the finished product as much as possible when shooting, so as to reduce the effort that needs to be spent in the later stage.

Now many cameras have Wi-Fi transmission function, which can transfer photos to mobile phones at any time. If you need to upload pictures at any time during the event, you can use this function.

Because one of my cameras doesn’t have this function, I usually use an otg and a card reader for shooting. This combination also allows the phone to quickly read the contents of the memory card and take out the photos immediately. Even faster than Wi-Fi transfer. Of course, there is also a risk. If the card reader and otg are of inferior quality, data may be lost, so if you have to choose this method, remember to choose a better one. 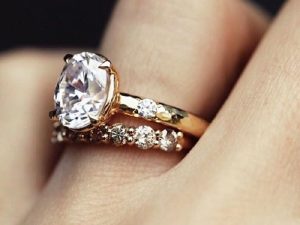